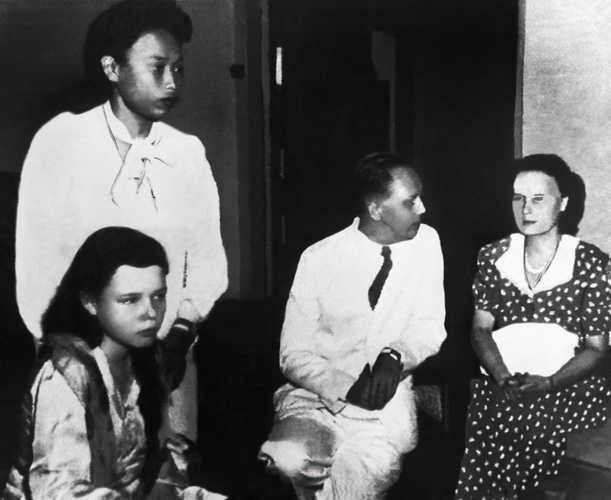 The biological parents of Maria Hertogh were outside the courtroom where Maria will be assigned to them. 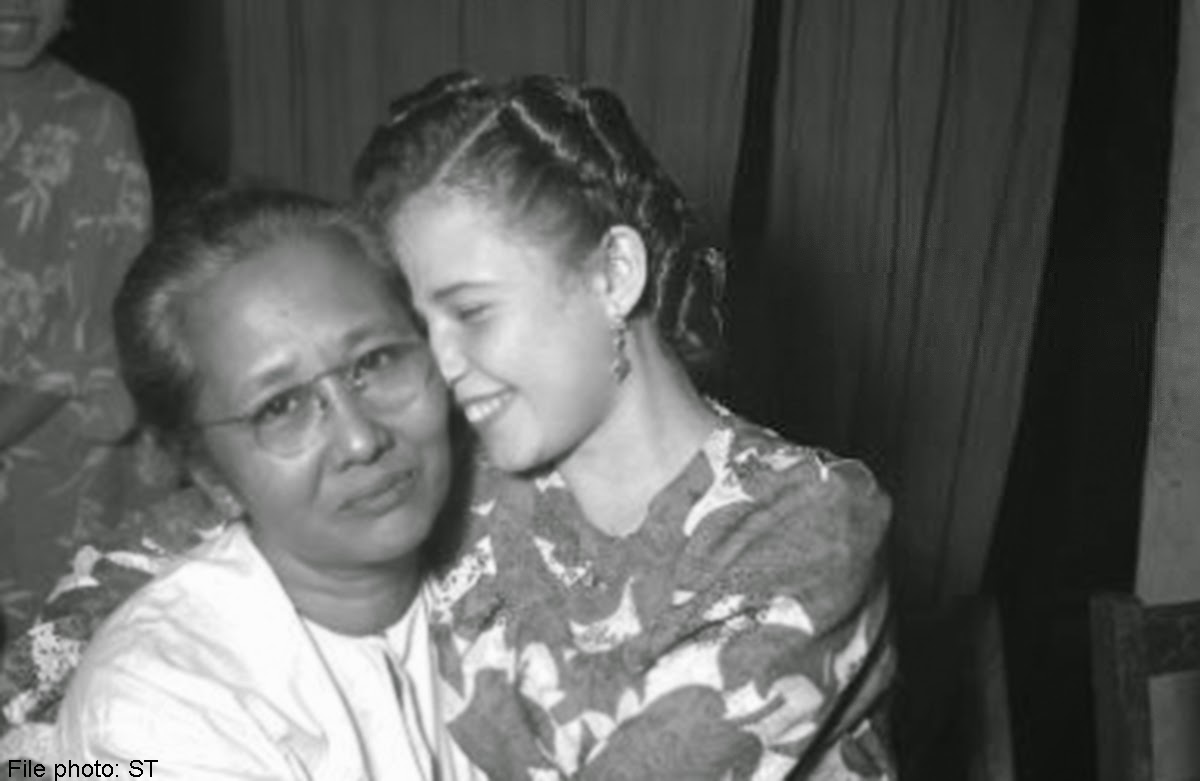 Parents have first rights and authority over their offspring (at least till they are of age and able to look after themselves) to bring them up in their faith and in keeping with their station in life so that they may enjoy all the privileges of family and home life and receive an education according to their means with all necessary provision made for the future.
The Church, by virtue of the Authority invested in her by Our Lord, has jurisdiction over all Catholics and will always stand firm in upholding the Law of God and will never allow any violation of human rights, whether of the family or the individual; and it is the duty of the State to protect its citizens and their rights against the assaults of sectional interests.

Reunited after the war, Maria's parents began seeking for their lost daughter in the late 1940s. They lodged a request with Dutch officials to locate their daughter. Arthur Locke, the Administrative Officer (East), was the first to alert authorities to Maria's whereabouts when he spotted her at a school competition in Kemaman. 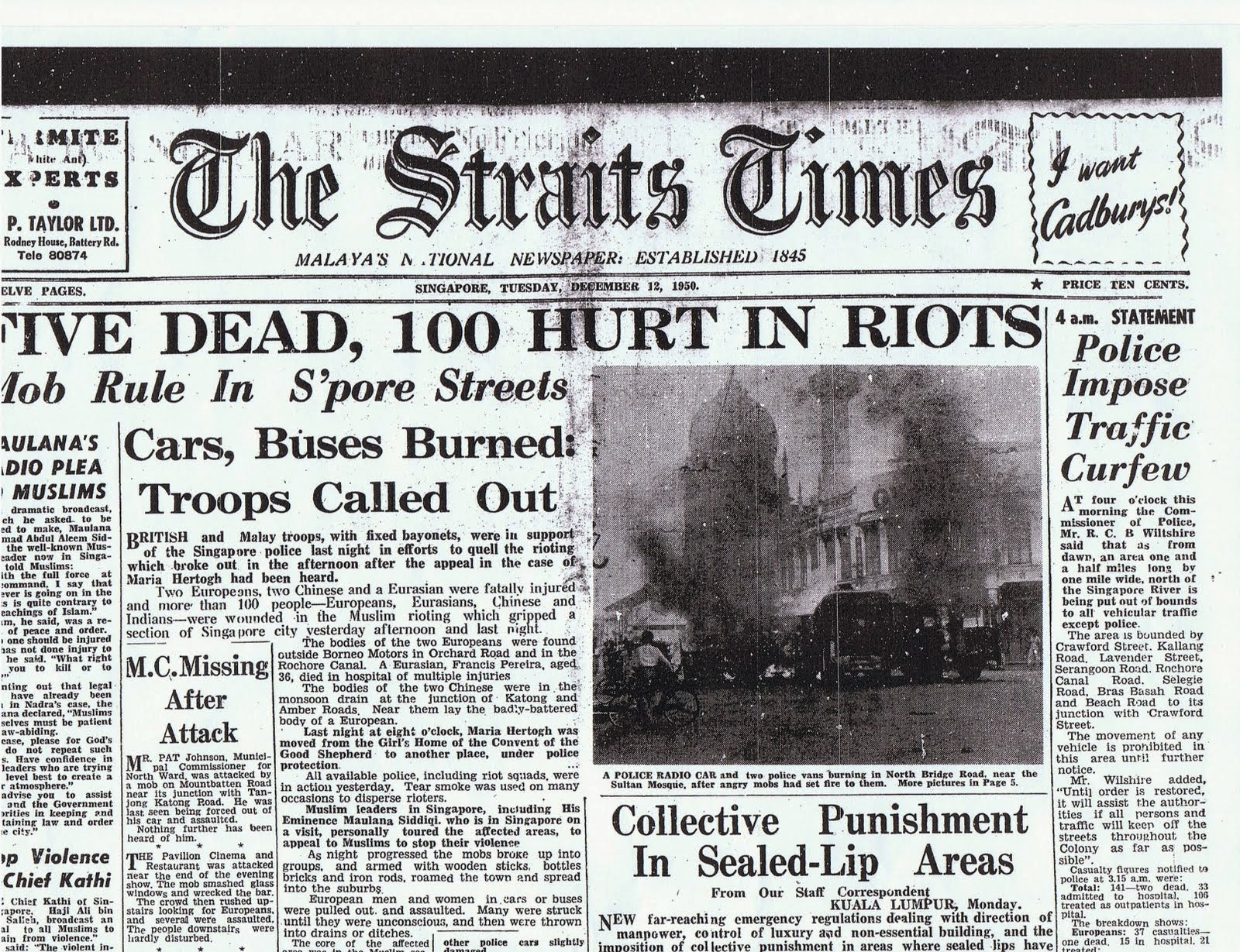 From the picture:
Two Europeans, two Chinese and a Eurasian were fatally injured and more than 100 people --- Europeans, Eurasians, Chinese and Indians --- were wounded in the Muslim rioting which gripped a section of Singapore city yesterday afternoon and last night.
The bodies of the two Europeans were found outside Borneo Motors in Orchard Road and in the Rochore Canal. A Eurasian, Francis Pereira, aged 36 Died in hospital of multiple injuries.
The bodies of the two Chinese were in the monsoon drain at the junction of Katong and Amber Roads. Near them lay the badly-battered body of a European.

The riots highlighted the insensitive way the media handled religious and racial issues in Singapore. The British colonial authorities also failed to defuse an explosive situation when emotional reports appeared in the local press of the custody battle accompanied by sensational media photographs of a Muslim girl in a Catholic convent.

As a history student, there are times where we wonder why we should learn things that happened in the past. Through this project, I think all of our group members managed to learn the importance of studying History.
l  Study history so that we won’t repeat the same mistakes of the past. Our group chose to do Maria Hertogh Riots as our project topic. The riots took place on 11 December 1950, and lasted till noon of 13 December.    It was caused by outraged who resented the court decision to give the  of Maria Hertogh (or Bertha Hertogh), then 13, to her biological parents after she had been raised as a Muslim under the care of Aminah binte Mohamed, whom she regarded as her mother. 18 were killed, 173 injured and many properties damaged – the worst incident of its kind ever witnessed in .
This riots highlighted the insensitive way the media and the British colonial authorities handled religious and racial issues in Singapore . The media ought to restrain and practice responsible writing as their selfish writings had caused misunderstandings . For example, from the Straits Time where S.R Nathan said , "Unrestrained and explosive press coverage of the issue by both the English-language and Malay/Muslim press aroused strong emotions among the Muslims." This shows that the reporters were insensitive and inconsiderate as they still reported the case even though they knew it would agitate Muslims which caused them to start the riot as they were not pleased.
As we all know, Singapore is a multi-racial society, our population is made up of Chinese, Malays, Indians and Eurasians. Hence, what we can learn is that, we should always be sensitive when handling issues between people of different races, and local media should always have discipline in the coverage of sensitive issues. And that is also why government of Singapore instituted legislation against racial discrimination, so as to not repeat the same mistakes of the past.
Everything repeats itself, study of the past will reveal something in the future.
Just when we started to think that we already achieved racial harmony in Singapore, to everyone’s utmost surprise , Little India Riot took place in Singapore on 8 December 2013, 63 years after the Maria Hertogh race riots.
The riots broke out shortly after a fatal traffic accident between a private bus and a India national, who was lately found out to be the one causing the accident as he, while intoxicated, attempted to board the bus. It caused Indians in Singapore to be angry.
Upon studying the Maria Hertogh Riots, we are now able to understand why the Indian rioters were angry, and local media, unlike past, did not report something which would add fuel to fire. Singapore government also settled this issue maturely within a short period of time without biasing any races .During the riots, it was the British government that handled it inappropriately. For instance , from the Singapore Infopedia ," The British colonial authorities also failed to defuse an explosive situation when emotional reports appeared in the local press of the custody battle accompanied by sensational media photographs of a Muslim girl in a Catholic convent." This shows that the government was incapable in handling the issue when it was their job as a government and it was known that the British did not restraint the reporters from going into the convent to take photographs to agitate the Muslims.
In conclusion, the media has a great impact and influence on the people. Singapore is a multi-racial country where people of every races can get along and live in peace. We are what we are now as there are many racial riots that teaches Singapore important lessons on racial harmony.
The Maria Herotgh riots is a case in the 1950s that we should remember. It teaches Singaporeans to live with other races in peace and respect each others' religion and culture. The riots also highlighted the insensitive way the media handled religious and racial issues in Singapore. Therefore, the government instituted legislation against racial discrimination. It became an offence to incite racial and religious hatred in Singapore. The local media exercised greater discipline in the coverage of sensitive issues.  From the riot, Singapore became a more peaceful and stronger nation with the different races living together in peace and harmony.

Issues discuss:
-Shared our answers on the “Comparison of sources” between the group members. Improve our answers from there . 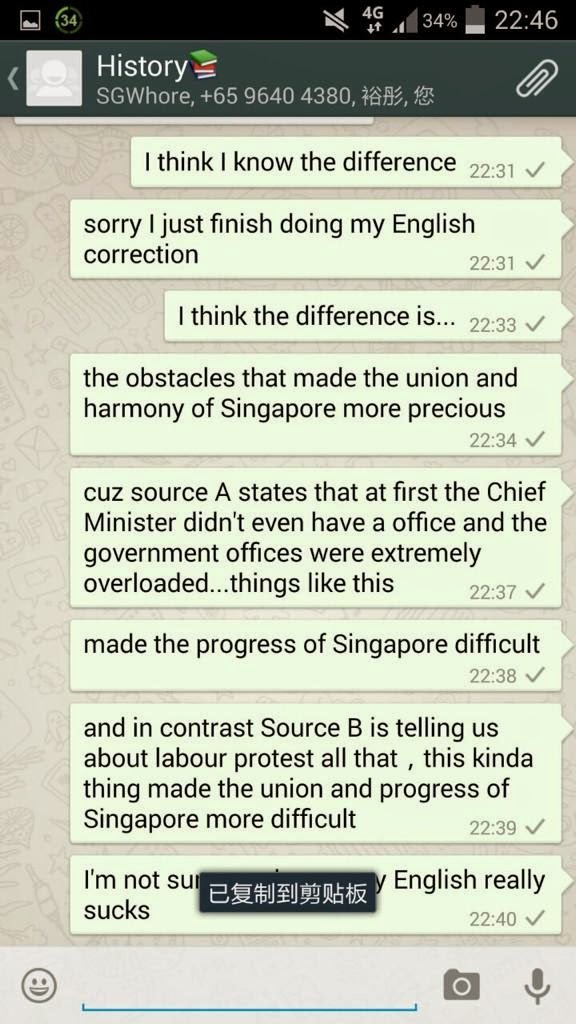 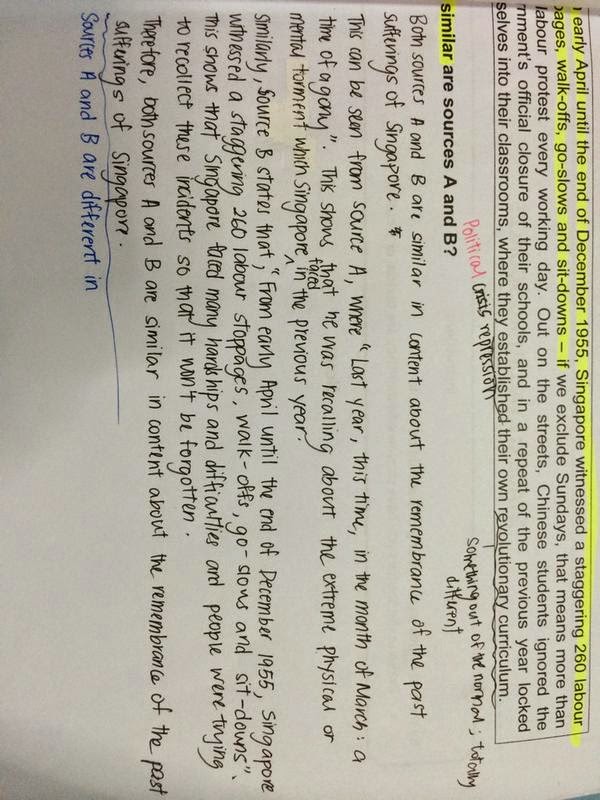 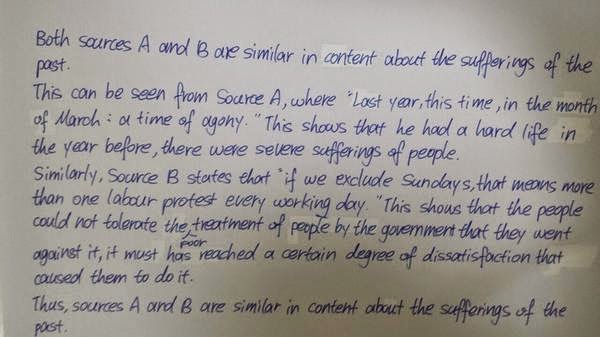 Chelsea looked for the evidences for both the sources And SinYee  thought of the explanation for the sources .

-YuTong Researched to find 8 sources related to Maria Hertogh riots and they
can be found in these  :

Plan of Action:
-YuTong to sort out the 8 sources in the correct format according to the template during the next meetup .

Issues discuss:
-Discuss on what we have learnt based on the sources we found.
1.     What we learnt from the Maria Hertogh Riots (started because of a sensitive religious issue , media added fuel to fire )
2.     What was the cause? ( Disatisfactory in muslims )
3.     What can we learn from this ? ( handle the case maturely and more responsibly in future)
4. Why should we remember the Maria Hertogh Riots today ? (This is a riot which we should remember as it teaches Singaporeans to respect other races . )

Plan of Action:
-Yutong to post the 8 sources which we have gathered in the correct format according to the template onto the blog
-NanXi and SinYee  to think and post the full essay onto the blog.

Similarities of sources A and B

Both sources A and B are similar in content about political repression. This can be seen from source A,"they couldn't give me any office - it took a long time - government offices were extremely overloaded - and there was a lot of difficulty." This shows that David Marshall experienced hostility for political reasons, particularly for the purpose of restricting or preventing his ability to take part in the political life of the society.
Similarly from source B," Chinese students ignored the government's official closure of their schools" this shows that the Chinese students intentionally disregarded the government from shutting down their schools. Therefore, this shows that both sources are similar in content about political repression.

Difference in sources A and B

Both sources are different in the goals they want to achieve. Source A wants to achieve independence in Singapore while Source B wants to achieve a different course of study in school. From source A," Merdeka! People of Singapore!" This shows that David Marshall wants to achieve self-government for the citizens in Singapore. In contrast to source B," Chinese students ignored the government's official closure of their schools...they established their own revolutionary curriculum." This shows that the Chinese students wants to have a new course of academic programmes to study. Therefore, both sources are different in the types of goals they want to achieve.
Posted by Unknown at 01:09 No comments: